Established in the year 1985, the Priyadarshni Academy has developed into an organisation that is nationally recognised and is also extremely popular with overseas Indians. Shri Nanik Rupani, the Chairman, who is a firm believer in teamwork attributes the success of the Academy to the continued efforts of his efficient team.

The memories of 20th August 1993, the 50th Birth Anniversary of late Shri Rajiv Gandhi will be etched in gold in the annals of Priyadarshni Academy history as it was a day on which they paid a tribute to their beloved leader. It was on this day that Shri Nanik Rupani, Chairman of Priyadarshni Academy, had the exclusive distinction and rare honor of presenting a life-size portrait of the late Shri Rajiv Gandhi to Shri Shivraj Patil, the Hon'ble Speaker of the Lok Sabha for installation in the Central Hall of Parliament House, New Delhi, India.

It was an occasion of great honour and privilege when Shri Nanik Rupani was requested to present a life-size portrait of the late Shri Rajiv Gandhi to adorn the Central Hall of the parliament of India. Addressing the function, on behalf of the Priyadarshni Academy, Shri Rupani expressed his deepest gratitude for being accorded this honour. The Priyadarshni Academy has always held the late Shri Rajiv Gandhi in great esteem. In recognition of his invaluable contribution to National Integration, the Academy had decided to present its National Integration Award of Rs.1 lakh once in 3 years, as the Rajiv Gandhi Memorial Award for National Integration. It, therefore is fitting that the Priyadarshni Academy was offered the privilege of presenting his portrait to the Parliament of India. 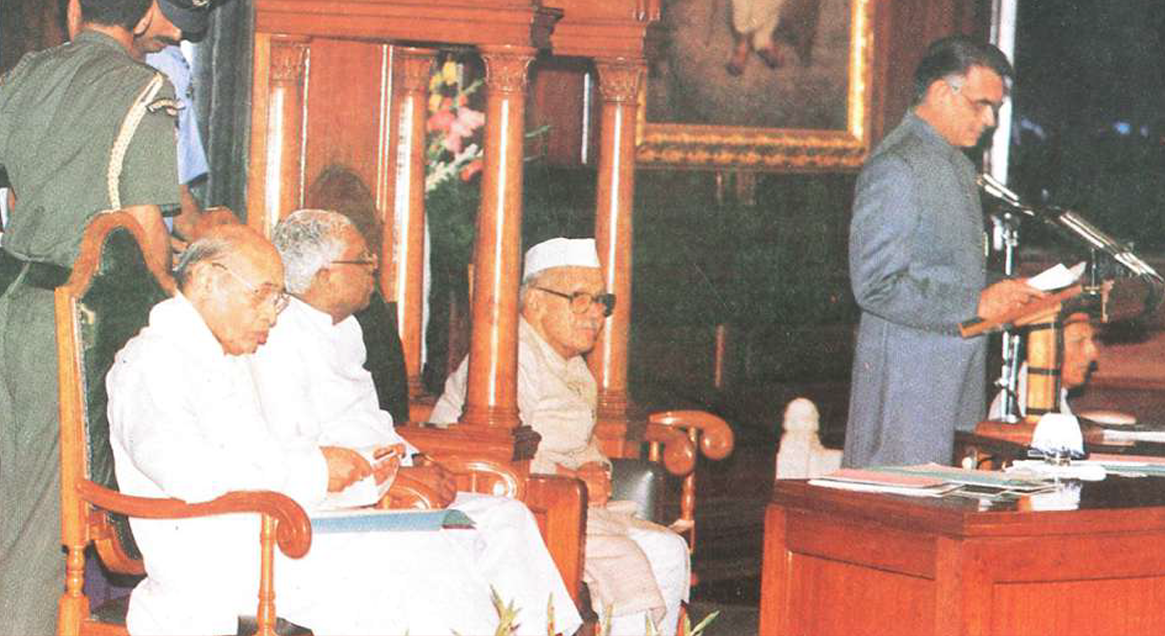 The Presence - An Aura of Dignity

Present at the presentation were the President, Dr. Shankar Dayal Sharma, who also unveiled the portrait, the Vice-President, Shri K.R.Narayanan, the Prime Minister, Shri P.V. Narasimha Rao, the Hon'ble Speaker, Shri Shivraj Patil, Smt. Sonia Gandhi, Central Ministers, Governors, Chief Ministers of States, Members of Parliament, many VIPs and dignitaries. That Shri Nanik Rupani presented the portrait in the august presence of these esteemed leaders only reaffirms the momentous significance of this occasion. The Priyadarshni Academy expresses its profuse thanks to the Hon'ble Speaker, Shri Shivraj Patil, Shri Sushil Kumar Shinde, Member of Parliament and the Secretary General of the Lok Sabha, Shri C.K. Jain for their immense help and co-operation in enabling the Academy to avail of the privilege of presenting the portrait. 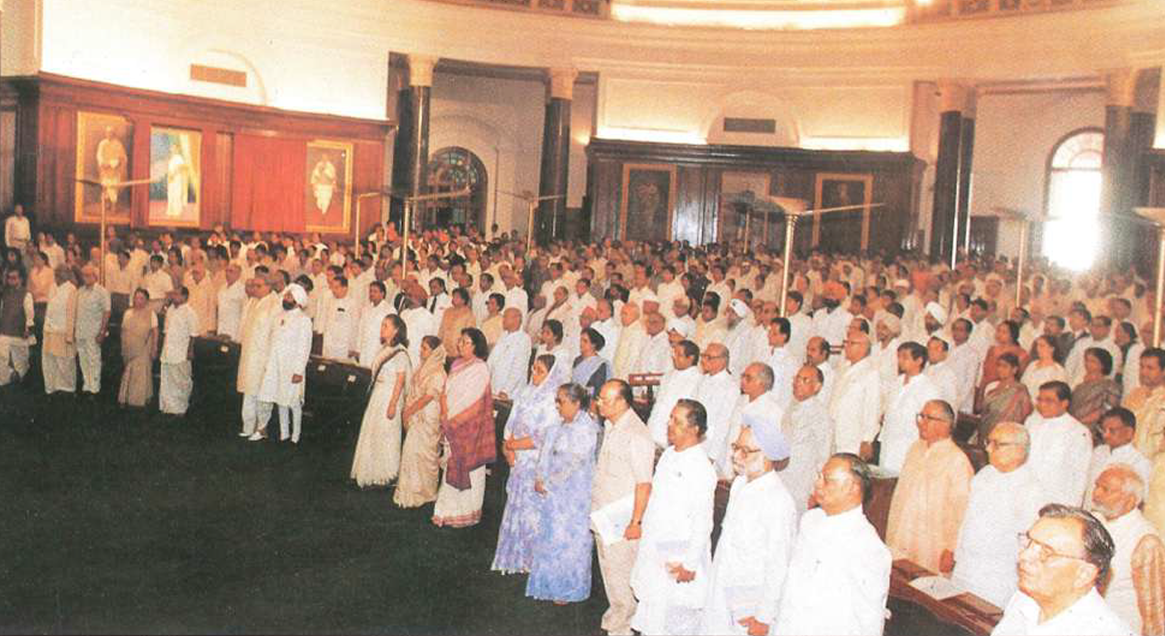 (Seen in the picture are prominent Cabinet Ministers, leaders and personalities from all over the nation)

The Person - Awaiting the Unveiling

The late Shri Rajiv Gandhi, a true patriot laid down his life for the cause of national unity and integration. It was with great respect that Shri Rupani said during his address at the presentation, that Shri Rajiv Gandhi was the most dynamic, energetic and handsome Prime Minister any nation has ever had. The installation of his portrait inside Parliament House of India was therefore a fitting and just tribute to the great leader 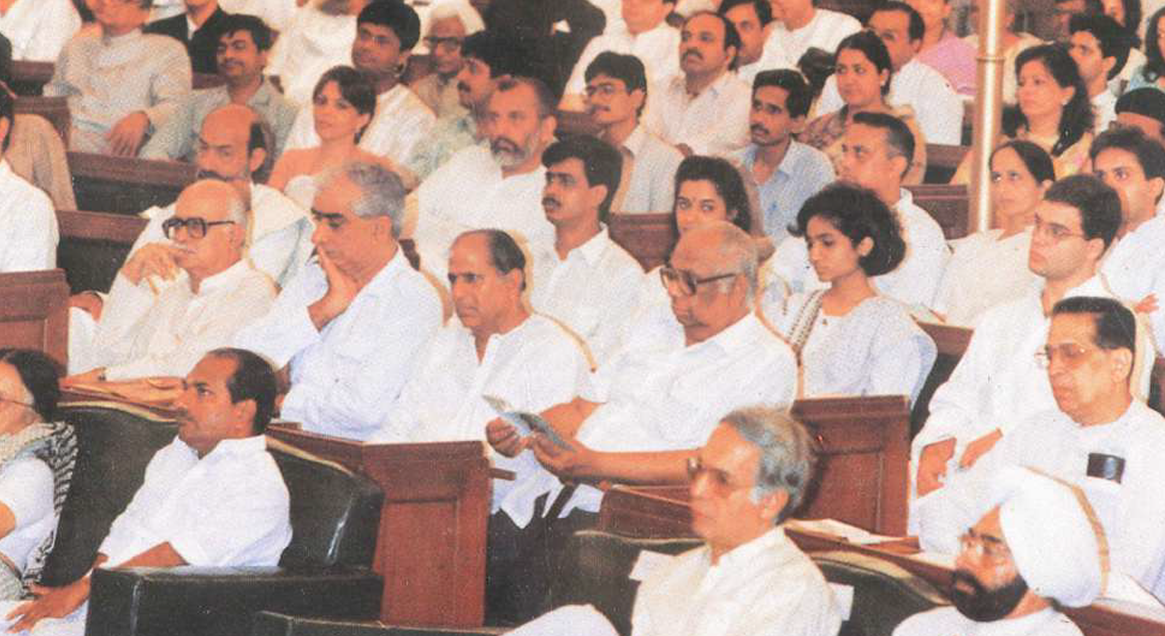 The portrait which was to adorn the hallowed walls of the Central Hall of Parliament must necessarily be perfect, hence no stone was left unturned to ensure that the portrait was painted by none other than the best. Shri Bikash Bhattacharya, the renowned Painter hailing from Calcutta was therefore, specially selected to paint this work of art. 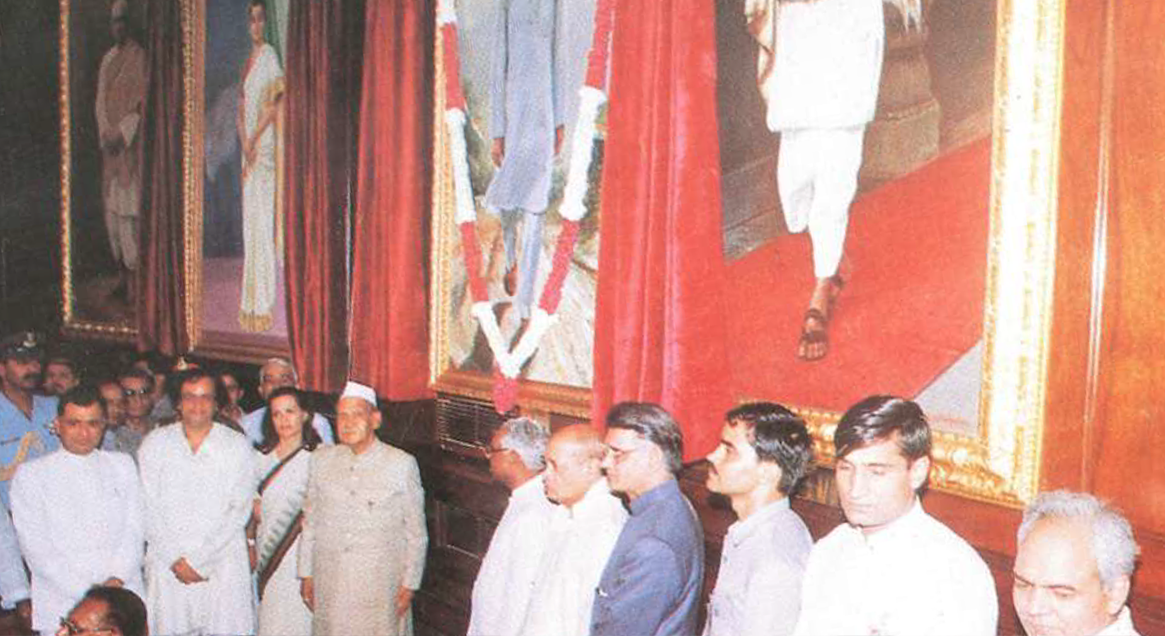 The Presenters - A SILENT TRIBUTE TO A BELOVED LEADER

Priyadarshni academy is a prominent socio-cultural educational organisation, a brain child of its Chairman, Shri Nanik Rupani. Like its Chairman, the Academy is committed to the promoting of National integration and brotherhood, the eradication of social evils like drug addiction and the dowry system, the encouraging of education, sports and arts. The Priyadarshni Academy will complete 9 years of dedicated service to society on the 19th of September 1993. 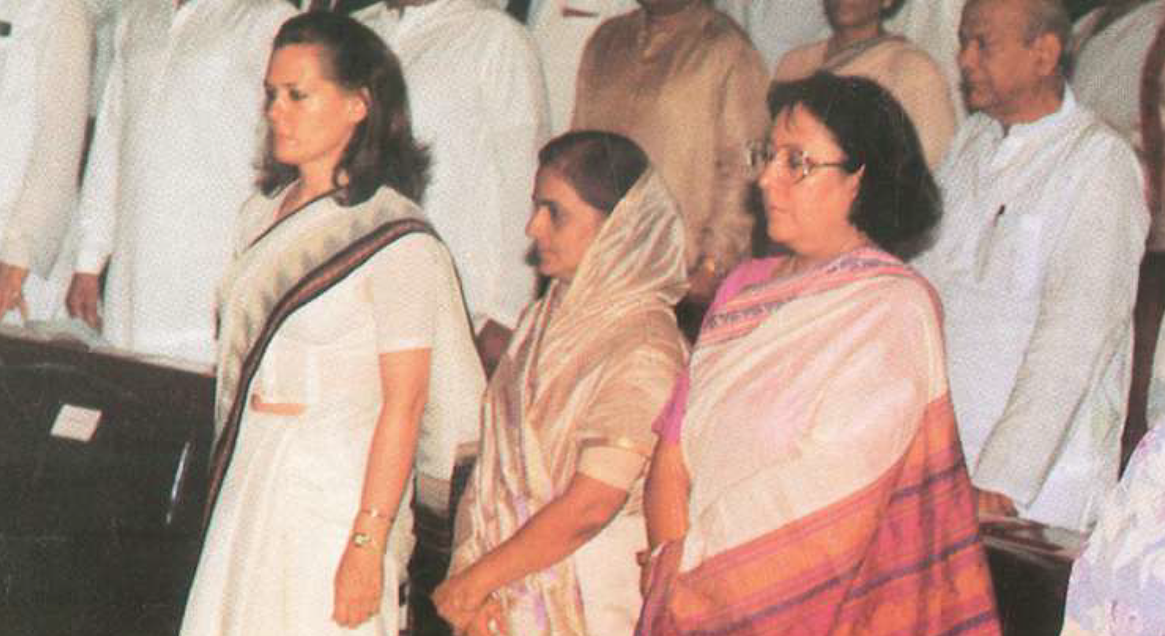 Reflecting on the privilege of being nationally recognised, the Priyadarshni Academy is aware of the immense proportions of its responsibility towards society. The task of inculcation of public service spirit & civic mindedness among citizens & achieving progress in society is undoubtedly tough but the Priyadarshni Academy & its Chairman Shri Nanik Rupani promise to dedicate themselves to this task with renewed vigour. 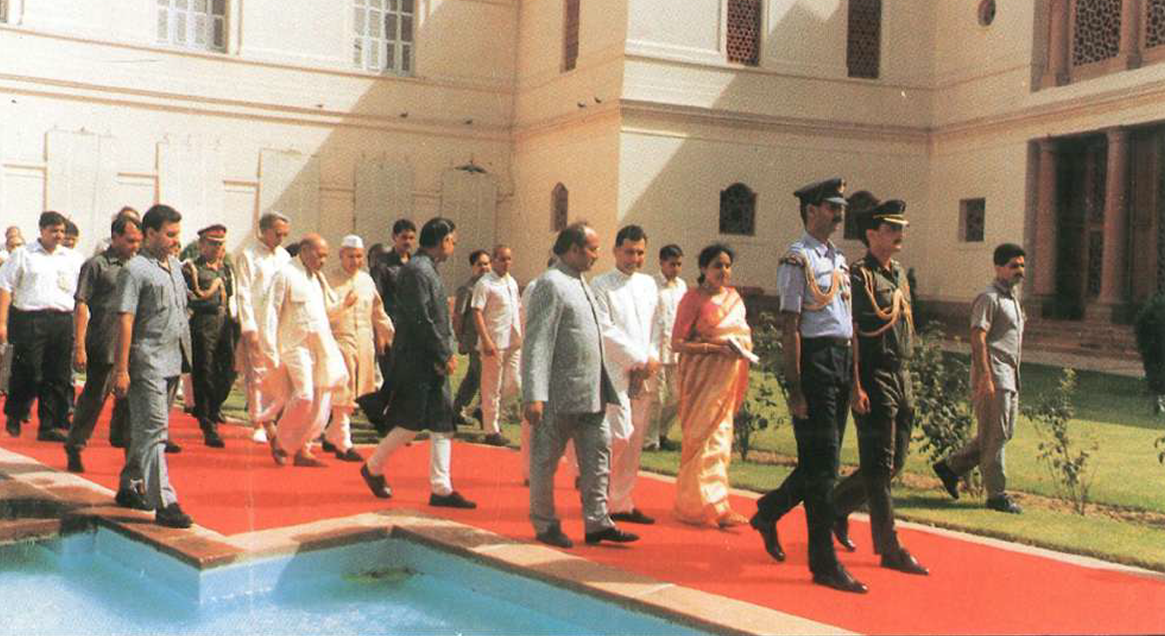